Skip to content
Home » How-to » Recognition – how to turbo-charge success
a
PrevPreviousWork-life balance or work-life harmony?
NextIf you want to be good at something, first you’ve got to be badNext

Recognition – how to turbo-charge success 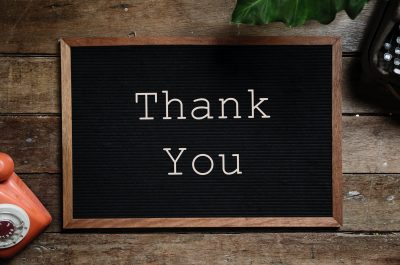 There are many factors that go into creating success, from talent to resources to committed action. One-off successes can be achieved relatively effortlessly – but ongoing, sustained success takes thoughtful leadership and careful management. And recognition is a golden opportunity to turbo-charge success and make it sustainable over the long-term.

The sad thing is that many organisations overlook recognition entirely, or approach it with a box-ticking attitude. It doesn’t have to be a big, difficult, expensive thing to embed in your culture. There are simple, effective and low-cost approaches to help your employees feel valued and engaged.

Effective recognition systems can be simple and low-cost

Recognition systems don’t have to be expensive and complex. At its heart, recognition is a way to thank people for doing the right thing. Research shows that a good system will encourage desirable behaviours, boost morale, engagement and performance, and reduce turnover. The cost of replacing just one position a year usually exceeds the annual cost of most recognition systems.

To create a recognition system, you’ll need to:

An example of a great recognition system

One of the best recognition systems I have encountered was where the leaders of an organisation identified its core values then defined the associated behaviours. They created a “recognition card” system, with cards printed for each value. Employees, contractors, and site visitors can both give and receive cards.

Employees, contractors, and site visitors can give and receive cards. The simple act of giving and receiving a recognition card positively reinforces the behaviour and values for both parties.

Anyone who receives a card can post it on a noticeboard in the main foyer of the building (and most do). Site staff and visitors are often seen reading the recognition cards, which amplifies the recognition, and encourages both the giving of cards, and acting in ways that lead to the issue of recognition cards.

The simplicity of the system means that if you see something good happen, you can recognise it immediately. You don’t need to fill out an application or seek approval.

The system encourages recognition of even small actions. The only requirement is that the nominator believes the action is worth recognising.

Catching people getting it right creates a positive spiral. By reading about good things our teammates are doing, we feel more positive towards them. And we become more likely to take similar action, especially in new or unusual situations (known as social proof) and to notice similar behaviours in others.

One of the common objections I hear to such a scheme is that people will “game” the system to try to get more recognition cards in pursuit of the status and/or potential financial gain from the reward system.

While this issue could arise in a poorly-designed recognition system, the way that the organisation’s leaders encourage the public display of recognition card creates transparency. As everyone is able to read the cards, seeing who has made the nominations, who has received them, and what they were for, people are thoughtful and considered about the cards they give.

And the reward system isn’t solely reliant on the cards that have been given; the senior leaders also take into account other known behaviours (positive or negative) when making decisions on the rewards to be given. So the quiet achievers who don’t regularly receive cards don’t miss out, and receiving a high number of cards doesn’t guarantee a reward if the person is inconsistent in their behaviour or inconsiderate of others.

From recognition to reward

Recognition – the power is on the inside

“Recognition” is noticing, then telling the other person that you noticed. It produces intrinsic motivation: the recipient feels proud, accomplished and valued. How great does it feel to be thanked for something you’ve done? You probably want to do it again- that’s intrinsic motivation at work.

A “reward” is an external benefit; it can be seen, touched, or counted. It can be anything from the boss giving you the afternoon off to movie tickets, a bottle of wine, or a bonus payment.

You don’t have to link rewards to your recognition system, but it can enhance the outcomes.

If you implement a reward system, it’s vital to clearly link rewards to the desired behaviours and actions. Telling someone to take the afternoon off produces a temporary blip of happiness. But it doesn’t highlight the behaviours and actions that led to that reward. It can even cause resentment amongst other staff.

A better alternative? Give the same reward accompanied by a certificate or email describing the specific behaviours that are being rewarded. And make sure the wider team hears that message. This creates a clear line-of-sight between the behaviour and the outcome

Focus on what people can control

Recognition and reward systems work best when they focus on what people can control. Setting a target over which they have little influence is demotivating and can lead to learned helplessness (Wikipedia explains this well). Using desired behaviours and actions as the basis for recognition and reward puts everyone on a level playing field. Our choices are within our control.

We need to be wise in designing these schemes – we don’t want to create systems that can be manipulated or cheated, or that encourage behaviour that secures a reward in the short-term, but damages the organisation in the long-term.

It’s also important to ensure that rewards don’t become seen as an expected outcome; that is, they lose their power when recipients start to see them as guaranteed. So you need to regularly refresh the understanding that people must do certain things, or achieve certain targets, in order to qualify for the reward. Reviewing and adjusting the reward and recognition system regularly, and communicating the changes, can help with this.

Be aware of how long the benefits will last

Financial rewards only have a short-term post-award effect on performance; most people have “forgotten” the reward within a few months. Experiential rewards (e.g. an activity that generates memories) have a longer-lasting effect.

Making everything “all about the money” also risks moving the employment relationship to being more instrumental (I do this only because they pay me), whereas experiential rewards, coupled with genuine recognition practices move the relationship towards being affective (I do this because the company and I care about each other).

Tailor the approach to your people

You need to know your people and understand what will be most meaningful to them, and use that to guide your recognition practices.

Not everyone loves public recognition — sometimes the best way to recognise someone is with a quiet word of sincere thanks, out of the spotlight.

The value of the financial reward matters – too little, and people can feel offended at being low-balled (even though the reward would mean earning more money than if the reward didn’t exist). Too high, and you can generate a performance “choke”, as people become so focused on the “pot of gold” that they begin to make uncharacteristic mistakes. This is especially true for tasks that require concentration and creativity. Game shows rely on this feature of human nature, as it means it’s very unlikely for participants to walk away with the big prize, thus keeping the prize budget down!

(all links open in a new tab)

PrevPreviousWork-life balance or work-life harmony?
NextIf you want to be good at something, first you’ve got to be badNext