Skip to content
Home » Development » If you want to be good at something, first you’ve got to be bad
a
PrevPreviousRecognition – how to turbo-charge success
NextWhy we need to ditch certainty and embrace uncertaintyNext

If you want to be good at something, first you’ve got to be bad 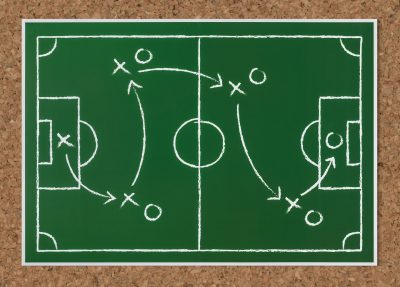 There’s a simple truth in life that I have encountered too many times to count… If I want to be any good at anything, first of all, I have to be willing to be bad at it. Learning and skill development are processes, not instant-gratification. So, instead of giving up on something if I don’t execute it perfectly the first time I try, I’ve learned that persistence counts for far more than “natural” talent. And one of the brilliant things about we humans is that we can learn how to stick with being bad at something long enough to become good at it.

It seems like the ultimate claim to fame is being “a natural”. Think of how often you see praise for someone’s “freakish” ability or their “genius”; those people who bust onto the scene with fully-developed talent. Almost no one talks about how hard they have worked for their achievements. An accomplishment that looks effortless is valued over the daily toil of practising a skill over and over in order to become great.

And while the “naturals” are given accolades and adoration, it can be easy to overlook the path that got them there. Pick anyone with a world-class talent, whether sports, academia or any kind of creative pursuit. Learn a little bit about their background. You’ll almost always come across stories of many hours spent, and many mistakes made, in pursuit of their chosen skill.

In his book ‘Outliers’ [click “Preview” below the cover image to read an excerpt], Malcolm Gladwell popularised the notion that with 10,000 hours of practice, someone can become an expert.

While the “10,000 hours rule” is generally discredited as a hard-and-fast rule (as this post explains), it is true that it takes time and dedication to become good at something, even if you possess a natural talent or passion.

No one is ever an expert from their very first attempt. Have you ever heard of someone picking up a violin for the first time and playing like a virtuoso? Nope, me neither! But almost everyone, given a patient teacher and the opportunity to practise, will be able to play a few notes. And the better your teachers, the more frequent and focused your mental and physical practising, and the more dedicated you are to improving, the better you will play.

Start with the bad

So, before we can be good at something, we have to be willing to be bad at it. What does that mean? When we start, we’re guaranteed to make mistakes, get frustrated, feel like we’re getting worse rather than better, want to give up, go on to make even more mistakes, and wish we’d never even started.

Then one day, a little something just clicks; we have a success. Something we’ve never quite been able to do before happens as if by magic. We have an “I’ve got this!” moment. That’s usually enough motivation to send us back to our practice again, looking for that next little jolt of excitement. And then we’re back to mistakes, frustration, and thinking about quitting… until the next “click”.

I first encountered this principle when I was learning Portuguese while living in Brazil on a student exchange. No one in my town could speak English, so it was just me and my Collins Gem dictionary (this was before smartphones and Google Translate!)

I always have high expectations of myself, and I really dislike making mistakes. I struggled so much in those first weeks, unable to string a simple sentence together without paging through my dictionary. There were very few “clicks”, many mistakes and much frustration. So I very rarely spoke up (which is a major departure from my usual mode of being). Did it frustrate me? You bet! Did I want to quit? Absolutely! But if I had quit, I would have had to figure out how to explain that I wanted to bring forward my plane ticket by 10 months. As I could barely ask directions to the supermarket (let alone understand the reply), that sort of complicated feat was completely beyond me!

I realised that I was learning slowly because I wanted to avoid making mistakes. So I had to be ok with being bad at first and trusting that the “clicks” would come. That meant speaking awful, mangled, poorly-pronounced Portuguese until I learned how to speak slightly better Portuguese.

Then I got to be good

Three months into my 11-month stay, I lost my Collins Gem dictionary. Initially, I was terrified, but it turned out to be the best thing ever. I started trusting my host family and friends (and even the occasional stranger!) to explain the language and help me develop my vocabulary and pronunciation. By using words I already knew to pick up more words (just like we do as kids, learning our first language), my learning took off – things were clicking every day. I spent the next eight months building a fluency that has lasted almost a quarter of a century and helped me learn two other languages.

How to stick with being bad before you get good

I didn’t instantly become comfortable with being bad at Portuguese, but I stumbled across two techniques that helped motivate me to stick with it. To this day, I use them when I’m going through the “bad” phase with any new skill. They are: I write down what I already do or know, and I mentally rehearse what I’ve learned.

It sounds simple, but seeing the lists grow over time encourages me that I’m making progress. It’s like having something click every time I write a list.

Then I replay what I’ve learned in my head. Whether that’s picturing myself executing a dance move, following a procedure, or imagining a foreign-language conversation, I mentally practice my new skills. There is evidence that this approach is extremely effective for skill development, especially in physical pursuits. This post gives a good overview of how to use it (in a sports context, but I believe it holds true for any skill).

Bad to good in a nutshell

1 thought on “If you want to be good at something, first you’ve got to be bad”