Skip to content
Home » Development » Why we need to ditch certainty and embrace uncertainty
PrevPreviousIf you want to be good at something, first you’ve got to be bad
NextMultitasking is a myth – how can you achieve more in less time, and feel better by single-tasking?Next

Why we need to ditch certainty and embrace uncertainty 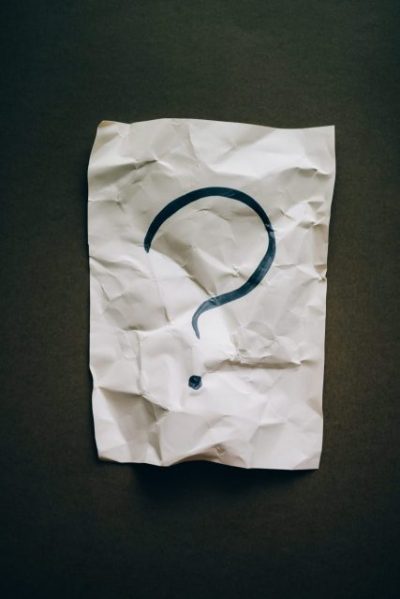 Certainty is highly prized; so much of what we do and say revolves around creating certainty for ourselves, or projecting an aura of certainty for others to see. We avoid and even despise uncertainty. Part of this is because our brains are wired to prefer certainty.

The problem is not uncertainty itself, but our unfamiliarity around how to navigate uncertainty, and our lack of tools to help us do so. It’s important to understand that the only way we can change and grow as individuals, teams and societies is through embracing and working with uncertainty.

I’m convinced that we need to embrace uncertainty wholeheartedly in our lives and organisations. Once we understand why we react the way we do to uncertainty, we can learn how to use it to drive growth, improvement and development, and even have fun doing so!

I’m a recovering certainty addict. For much of my life, I prized knowing and control over uncertainty and unfolding (and I still struggle with this at times). While I thought the way I was approaching life was “good”, because I felt like I was making things happen, and doing the “right” things, I came to realise that my approach had significant drawbacks:

It was like I’d jumped onto a treadmill that was always increasing in speed. It ended up going so fast that it didn’t matter whether I chose to stay on, or get off – either way, I was going to end up hurting myself. Trying to be certain wasn’t working out very well for me. I had to take a leap off the treadmill.

Thankfully, I started to learn about how my brain’s wiring had backed me into a corner, and how I could re-frame my beliefs and experiences in a way that would help me move into a different, more positive, relationship with uncertainty.

What's with the wiring?

The human brain is a wonderful thing. It starts working the moment you are born and never stops until you stand up to speak in public.

Our brains really are marvellous – just think of all the incredible discoveries and creativity and achievements of the human race. The brain is the catalyst for them all.

But behind all these marvellous accomplishments lies a rather odd design “feature” – the part of our body that allows us to achieve inspired results is wired to keep us out of the zone where we can get those results.

I’m talking about our brain’s desire for certainty. For most of us, our brains are wired so that we prefer things that are safe and familiar, tried and true, over anything that has even a hint of unusual or new, unfamiliar or uncertain. Certainty gives us a hit of dopamine (reward) as our expectations are met; uncertainty triggers the amygdala (part of the limbic system in the brain responsible for survival instincts, among other things).

Ah yes, the paradox of writing a post in which I share my certainty about the vital importance of uncertainty! But hear me out – embracing uncertainty has so many benefits:

It’s important to clarify – I’m not advocating for embracing uncertainty merely for the purpose of transforming it into certainty. In fact, that’s the opposite of my philosophy! I believe we need to learn how to tolerate enough uncertainty that we can work in the realm of possibility and create the kind of future we desire. And when we aren’t spending every minute trying to control everything, we have time to pause, reflect, savour and enjoy this amazing opportunity of being alive.

Uncertainty is the foundation for growth

Only in giving up the security of the known can we create new opportunities, grow capability, build confidence and expand our influence.

Life moves at the speed of light these days – we can’t guarantee that what was true yesterday is true today. It’s no wonder our brains crave certainty.

We can embrace uncertainty

Such an easy phrase to write, and so challenging to practise! While we can embrace uncertainty in many ways, it’s vital that we are kind to ourselves on the journey. Some days we feel like we can handle anything, other days not so much. So be prepared to surf the waves of what you can handle – this is a marathon, not a sprint!

Here are a few ideas:

How do we embrace uncertainty in organisations?

This is the million-dollar question (literally, for larger organisations!) I won’t be able to do this question justice in one single article, so I’ll summarise a few thoughts here. Much of my writing touches on this very issue, so I’ll link to other articles where I set out information in more detail.

Firstly – we need to develop a culture that embraces learning, risk-taking (appropriately, of course), and experimentation. Psychological safety is a huge component of this sort of culture.

Then, we need to create systems, processes and tools that support learning, risk-taking and experimentation. This approach is the essence of continuous improvement.

And, we need to accept that when we try something new, it’s very unlikely that we’ll execute brilliantly the first time we give it a go. So we need to embrace the idea that before we get good at something, we’ll start off being bad at it.

My thanks to the following writers for helping shape my thoughts about uncertainty:

PrevPreviousIf you want to be good at something, first you’ve got to be bad
NextMultitasking is a myth – how can you achieve more in less time, and feel better by single-tasking?Next
Newsletter
Contact
Bookings
Testimonials
Work and people I admire