Why Are We Ignoring The Need For Strategically Flexible Leadership? 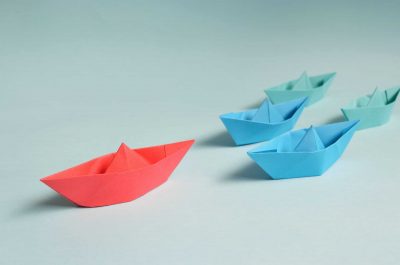 Since early 2020, all of the focus about flexible work seems to be on what arrangements need to be made for workers to get things done, and not on how they need to be led. That needs to change. Here I introduce an approach I have called Strategically Flexible Leadership, which I believe addresses the gap in the conversation about the future of work.

The rise of flexible working arrangements

It seems like every second article published since early 2020 is talking about flexible working arrangements (FWA) or working from home (WFH). I get it, most businesses had to make substantial changes to accommodate the disruptions created by the coronavirus pandemic.

And, of course, the pandemic was not the start of FWA/WFH, but it really intensified the practice for many businesses and workers, particularly those in the knowledge economy. And it threw up some major issues that, even now, many organisations have failed to address effectively.

Many decision-makers are blind to reality

Because of the massive socioeconomic gap between many senior executives (the decision-makers) and frontline workers, it didn’t even cross the minds of many leaders to consider what their staff were facing at home. In many cases, they were asking their staff to work in less than ideal conditions, such as sharing a dining table. But for others, they were facing cramped and overcrowded housing, with poor infrastructure, and little space for privacy and quiet. And that’s not even getting into people who live in unsafe conditions, facing issues such as domestic violence, substance abuse, temporary housing etc.

Meanwhile, many decision-makers inhabit an entirely different world, with spare bedrooms that could be repurposed as offices, excellent infrastructure, and the financial resources that enabled them to obtain additional support, such as tutors to assist with online schooling. And many decision-makers were already experienced with FWA/WFH as they had been working this way, at least in part, for years. If that’s the only world that someone has ever known, it’s understandable (though definitely not commendable) that they assumed that work would simply be transplanted from the office to the home.

Making a change without really changing anything

For many organisations, the initial transition to FWA/WFH was surprisingly smooth. Some bosses discovered that the arguments they’d relied on for why people couldn’t do FWA/WFH just didn’t hold up to scrutiny. People made the change work. But what happened in so many cases was that businesses “pivoted” to FWA/WFH by allowing, advising, or requiring their people to work from home, without adjusting their expectations.

They expected people to do exactly what they had done in the office, with no change to the number of hours worked, time of day that work was done, output quantity and quality, responsiveness to emails/Slack/Teams/phone calls, creativity, dedication and energy.

Sadly, these expectations were significantly out of step with reality. Coming to an office environment with purpose-built furniture and equipment for an 8-hour workday (or having a home office already set up for this) is one thing. It’s something else entirely to be:

Why so much focus on the workers and not on the leaders?

Why have we spent the last 18+ months talking about flexible working arrangements, and ignoring the issue of flexible leadership arrangements? After all, leaders can make or break their people’s ability to do great work.

And this issue goes well beyond the capabilities of the “situational leadership” approach, where leaders are supposed to pick one of four different leadership styles, depending on the context. The approach has its uses, but the last few years have shown up some of the glaring deficiencies of trying to maintain a one-size-fits-all approach, even if you have four choices for your “size”.

I believe we need a new approach that I’m calling strategically flexible leadership. In this approach, you, the leader:

I’ll be writing more about strategically flexible leadership here in the near future. I’d love to hear your reaction to the concept — let me know your thoughts in the comments.

I regularly write about leadership issues, ideas, tools, and techniques – feel free to browse the articles below, or head over to my Blog page and select “Leadership” from the categories list.

Is Your Team Made Up of Rockstars or Superstars?

Reading Time: 3 minutes I love the distinction that Kim Scott makes in her book ‘Radical Candor‘ [non-affiliate link] between rockstars and superstars. And I think it has huge

Podcast Appearance: How to Use Your Genius Strengths to Do More of What You Love

Reading Time: 18 minutes My friend Karl Craig-West hosted me on his podcast to talk about how to use your Genius strengths to do more of what you love.

What A Pizza Disaster Can Teach Us About Mistakes

Reading Time: 4 minutes Life tends to serve me up metaphors at every turn – and the last day of 2021 gave me a fantastic object lesson in my

How Can We Deal With “Wicked Problems”?

Why You Need To Practice Strategically Flexible Leadership

Reading Time: 5 minutes The old practice of business leadership is to use one approach no matter what the situation is or who is involved. It’s the “if all

Why Are We Ignoring The Need For Strategically Flexible Leadership?

Reading Time: 3 minutes Since early 2020, all of the focus about flexible work seems to be on what arrangements need to be made for workers to get things